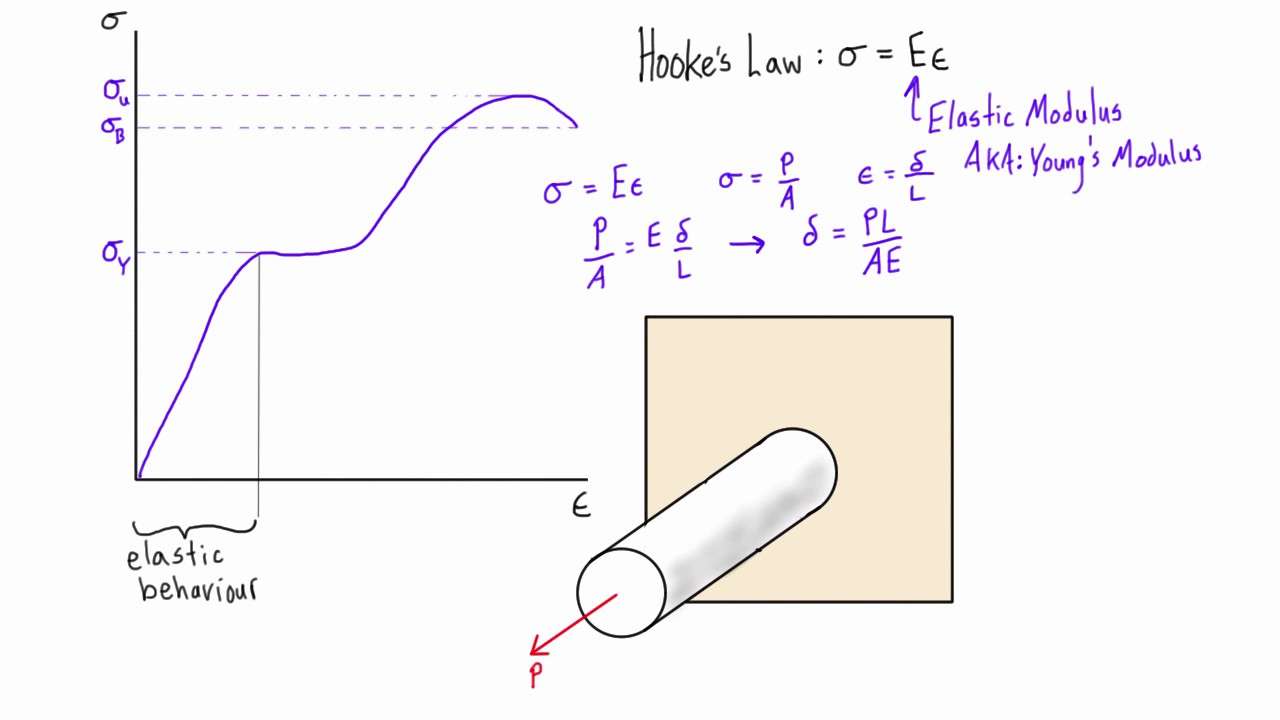 Before using a particular material for construction purposes, tests are done on the material to make sure that the material can withstand the stress to which the material is subjected. Industrial laboratories use a special type of apparatus to perform these tests. Where stretching forces are involved brittle substances cannot be used, in that case, elastic material like steel is used.

When there is a uniform force F applied on the surface of area A, then stress is defined as the force applied per unit area.

F is the force applied

A is the area of the surface

The fractional change in the dimension of the body produced by the external force is known as the stain. Stain does not have any unit since it is the ratio of two physical quantities of the same kind.

Hooke’s Law is the fundamental law of elasticity. This law was stated by Robert Hooke. The statement of Hooke’s law is that, provided the strain is small, stress will be directly proportional to the strain. The ratio of stress to strain is constant when the strain is very small. The constant value is called the modulus of elasticity.

E can also be called the coefficient of elasticity

It is the measure of the body’s resistance to the change in shape. The strain is called shearing strain. There is a change in the shape of the body but the volume does not change.

Cybersecurity: What You Need to Know

Ruby on Rails Blogs You Should Be Following

7 Common Cloud Management Mistakes and How to Avoid Them

A Brief Guide to the Types of CMS