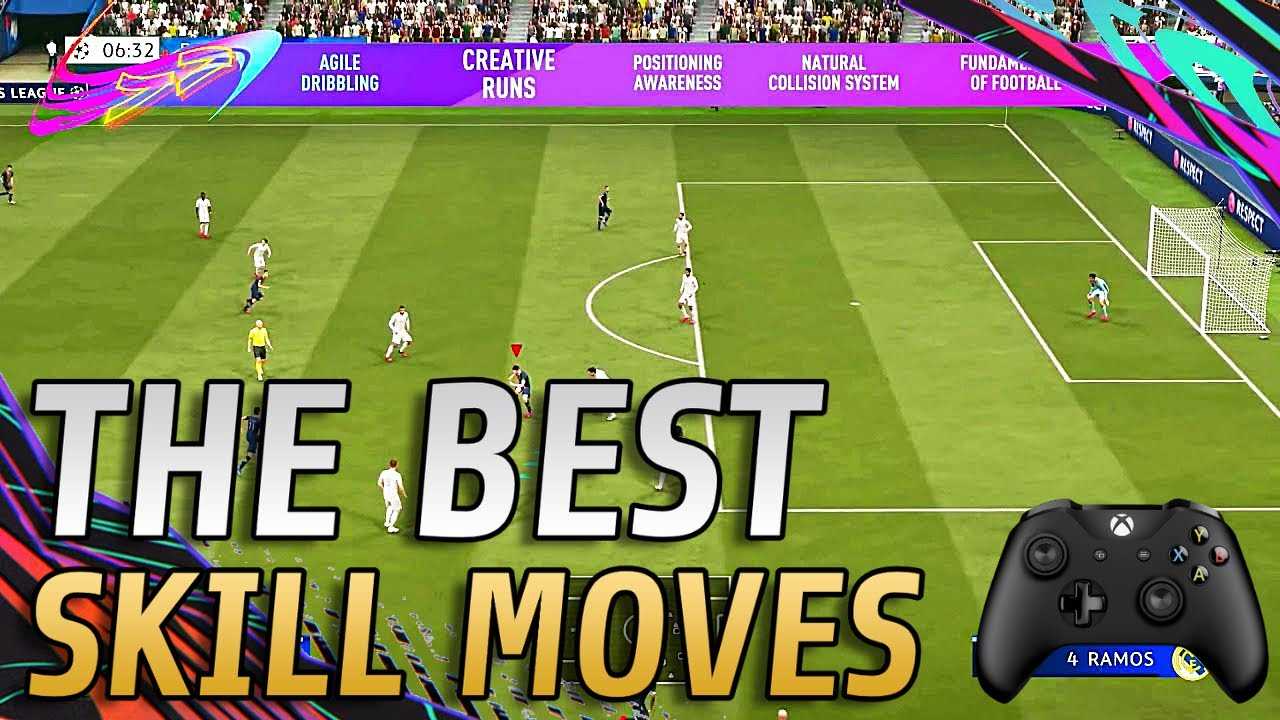 Want to score more goals and win more games without spending much FIFA 21 Coins in FUT Game? Master skill moves tutorial is really important. Here are 5 advanced skill moves that you should implement into your game to be more versatile in your attack. These skills require a lot of practice, we also talk about how to do them, where and when to use them in FIFA 21.

It is a five-star skill move in FIFA 21 which helps you beat opponents in one-on-one situations, it’s highly effective especially if the opponent is trying to close you down from certain angles. There are two types of Elastico, the normal and the reverse one. To be able to perform a normal Elastico, you need to drag the right analog stick to your player’s right and then rotate it 45 degrees clockwise. Remember to be able to perform the move you need to use different inputs while facing different directions, so always mind which direction you are facing and then adjust your input accordingly. For the reverse Elastico, you need to do the exact opposite of the normal one, so drag the right analog stick to your player’s left and then rotate it 45 degrees counterclockwise, both elastics can be used while dribbling or stationary but doing it while stationary is a lot quicker than doing it while dribbling. With Elastic, you can change the ball’s direction twice with a single move you push the ball first towards the right and then push it back towards the left, same goes for the reverse as well as you push the ball to the left and then push it back to right with outside of the foot. So basically if any opponent should charge it to from the side you dodges tackle turn to the desired direction and move further.

It’s 3-star skill move in FUT 21 which was introduced back in FIFA 20. It’s a great move to change the ball’s direction laterally in a quick fashion, to be able to perform this move you need to hold the l1 button and flick the right analog stick. First to left and then right or the opposite way around, so basically you can do this moving to two sides depending on the input. This move allows you to pull the ball to one side faking your opponent for a short time and then push it to the opposite side while giving your player a speed boost which is perfect to change the side immediately.

It is a 4-star skill move in FIFA 21 Ultimate Team. With this move you turn into the other direction with three touches on the ball while completely shielding it with your body. To be able to perform a three-touch roulette you need to hold the l2 button and then drag the right analog stick towards your player’s back and then drag it either to the left or to right to choose an exit depending on the exit side you choose. You perform two different three touch roulettes into two sides. The move is really unpredictable and hard to defend since it consists of three moves. You can use the three-touch roulette to change the ball’s direction around the box and down on the wing while the opponent is trying to cover the usual moves. This could be an advanced tool to create your own space.

It is one of the most classic and effective advanced skill moves in FUT 21 which requires 4 star skill moves. You do a quick 270 degree spin move while covering the ball with your body to perform a verbal span, you drag your right analog stick towards your running direction and then drag it 90 degrees either left or right. Players with 5-star skill moves have a different animation than the players who have 4-star skill moves and their move is called McGeady Spin. Same input but different animations depending on the skill level. This skill move helps you especially against aggressive tackles while getting aggressively contested by another player, you can use this move to spin around yourself and get rid of the pressure. You can also use a skill move to change the game’s direction from the midfield. Once your opponent has a feeling that you’ll use a certain space and commits to that you can punish this and find the open space. Finally, with the spin you can increase a chance of dodging the opponent’s tackle. Since the animation lets you cover the ball a lot, a careless tackle could be turned into useful opportunity.

Drag to heal is a new FIFA skill which requires 4 star skill moves. It’s highly effective in running duels or if the opponent tries to get in front of you from the side. To be able to perform a drag to heal, hold the L1 button and drag the right analog stick, first towards your player’s back and either left or right depending on the exit side you perform two different moves as usual. This move is really useful in one-on-one situations in open spaces. Once you successfully perform this move, you can push the ball further into the open space to get more dangerous in this particular position. Drag the heel also crates goal scoring opportunities in and around the box.

Have you mastered these top skill moves in FIFA 21? Need FUT Coins safe and fast for purchasing some top rated players and better enjoy the game? Utplay is one of the best online stores to buy FUT Coins and NBA 2K21 MT Coins with cheap price, fast delivery and best service!