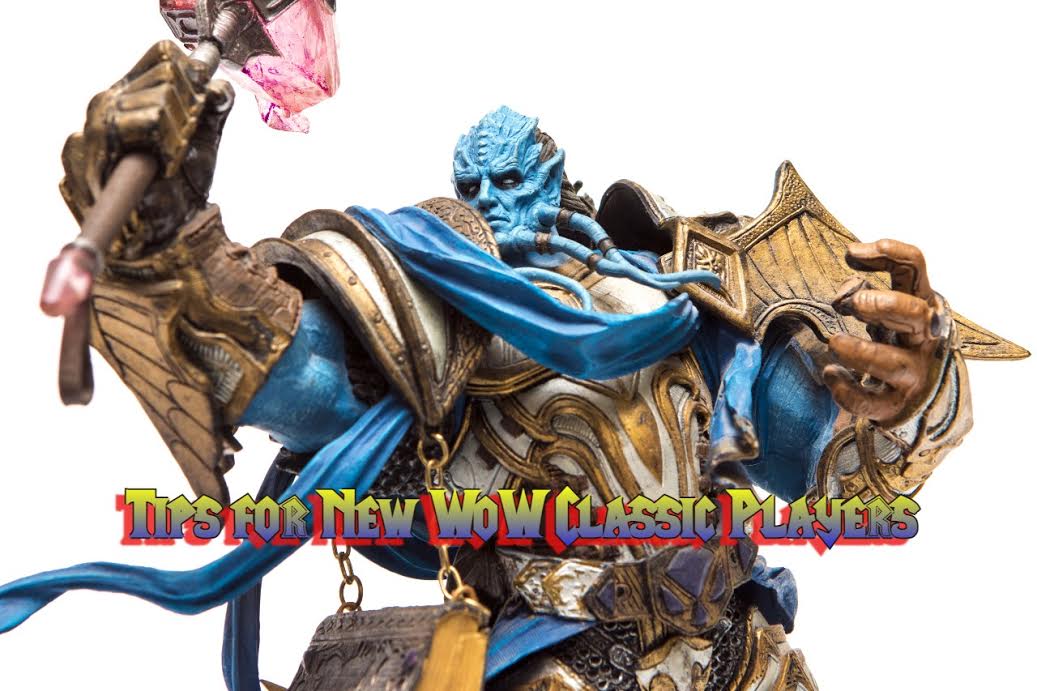 If you’re experiencing WoW Classic for the first time, then there are a few things you should know first.

Before you start raiding dungeons and grinding for WoW Classic gold, there are a few tips that you should know about first. Whether you are starting out in the game for the first time, or you are coming back after all these years, here are a few tips for you to get you started.

The Importance of First Aid

If you have played the retail version of World of Warcraft, then you may or may not remember the first aid profession, depending on when you first played it. It was removed from the game during the Battle for Azeroth addition, since players being able to regenerate health in short amounts of time made it pretty much obsolete.

However, it is a vital feature of WoW Classic. You will find that your characters are a lot weaker in comparison in the early stages, and it would take much longer to get your health back up. This is where the first aid skills and bandaging abilities come into play, so that you can keep yourself going on your adventures.

Just as a side note from first aid, you will also want to be stocking up on food and water. This is paramount to your survival, as you will need to keep your health and mana bars in good shape if you are to survive and thrive.

The WoW Classic experience isn’t quite like the modern game in this area either. Nowadays the game is easily playable as a solo experience, with groups being much easier to find than ever before. Back in the vanilla days, you would need to find a party yourself to take on quests. If you wanted to head inside a dungeon, then you would need this party to be a part of the server that you are on. This is why you need to keep your reputation in mind.

If you are renowned for not pulling your weight, or just being a general nuisance, then you aren’t likely to be invited to take part again. Many players would be named and shamed back in the day on forums and such, so don’t expect anything less from modern ways of calling players out.

You will also want to avoid getting any dishonorable kills as well. If you are filling up your WoW Classic bags with vendor items, then there’s no need to off the NPC that you bought them from. This goes for innkeepers, civilians and everything in between. If you start to see your total honor dwindling, you won’t be able to get the higher tiers of the PvP vendors’ lootbox, so avoid doing so where possible.

In the retail version of World of Warcraft, we are treated to new expansions coming to the game. When it does, we are often encouraged by Blizzard to get ourselves up to the level cap. So, you have effectively pushed along so that you can make the most of the new content. Although this is good for being able to access new content as quickly as possible, you are missing out on a lot of the actual gameplay.

If you don’t want to be rushed through such an experience, then you may benefit from WoW Classic. You initially had 60 levels to contend with back in the day, and they wouldn’t be finished in quick time either. Getting to level 60 is a long slog, but that’s arguably how it should be. You don’t want to power your way through the entire game so quickly. Take your time, embrace the world that is on offer, and you will be getting the true WoW experience that you have been yearning for.

Saving up your WoW Classic gold is something you should take on board too. One of the most coveted aspects of the title is getting a WoW mount. There is a plethora of majestic creatures out there that you can use to traverse the vast lands with. However, this isn’t something that is quite as easy to come by as it is in the retail version.

In World of Warcraft, you can get your hands on a WoW mount rather easily in this day and age. All you have to do is complete a simple task such as having a game of Hearthstone or whatever Blizzard decides to have you do to get one. Back in the vanilla days, you would need to get to level 40 and have a wealth of gold to be able to get even a starter mount. So don’t get yourself all the way to these high levels without having WoW Classic gold saved up first.

So, in a nutshell, make sure you are well equipped to heal yourself, and you save as much WoW Classic gold as possible. Keep an eye on your reputation too around others, and take your time with leveling to get the full experience.

Have you played WoW Classic? Let us know in the comments section below!

The Hardest Quests in OSRS

5 Tools Professional Link-Builders Use That You Can Too