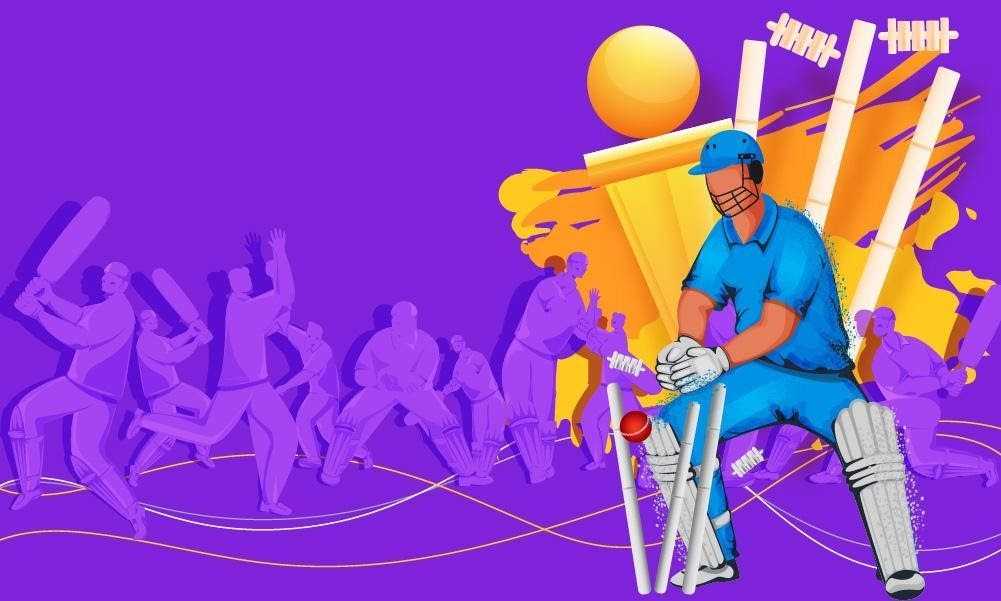 Indians get hooked to their televisions to enjoy a scheduled cricket match with their families and friends. They are so much fascinated about cricket that they prefer enjoying it in all formats and platforms. This fascination is one of the reasons behind the raging popularity of the cricket simulating games Indians play on their smartphones.

Over the years, the advancement in mobile technology has led the foundation to develop such games. As a result, top game developers have created great franchises to seek the attention of this cricket gaming clan and have been immensely successful. In this article, we will discuss 8 such fascinating cricket simulating apps that have stolen the attention of Indian cricket lovers.

This is one of the simplest cricket simulators you can download from the Google Play Store and Apple App Store. The graphics of this game includes well-structured stadiums, players’ motions, ball physics, and other features that are a must for enjoying cricket on a virtual platform. The realistic feel makes it a great choice for cricket fans offering male and female commentary, exclusive batting styles, easy controls, and different gaming modes (2P Vs. 2P, 1 Vs. 1, etc).

Find different tournaments and events such as World Cups, Asia Cups, Ashes, IPL, etc to participate and perform with your chosen team. Make a team of your choice and start competing with your friends.

WCC2 is one of the most-lauded cricket simulator gaming applications you can find in the stores. This cricket app has multiple lucrative features keeping the players hooked to its interface. More than 150 batting variations and bowling actions are incorporated into its architecture.

As it is the virtual version of the official game, you can find the teams of WBBL and BBL clubs. Its amazing English commentary will keep you hooked throughout an entire game. The best features of this app are easy controls, local game modes, and easy invitation to challenge your friends.

Remember the old days when we used to control the stick batsmen to hit the balls from the other end of the pitch on a computer. Well, Stick Cricket Super League is something that will cheer you up by reviving these fresh old memories. It is a significant development of the franchise Stick Cricket where you can earn trophies, practice matches, unlock different stadiums, change player uniforms, challenge other players, and customize your team easily.

Play and win to unlock different exciting features you can utilize to strengthen your team. Unlock and sign players from the top 70 teams included in the architecture.

This cricket simulator is based on the real-life story of Mahendra Singh Dhoni, the former Indian cricket captain. The storyline is based on the important phases of the ex-captains life and career in cricket. This cricket game is on another level as you will play the role of MSD on the field.

Your captaincy and leadership skills will be challenged on the field when you have to control all the features to win a match manually. It is the storyline that makes this game more gripping. You will also bat for Dhoni and play his favorite shots such as square cut, reverse sweep, helicopter shot, paddle shot, etc.

The name of this game makes it clear that it is a cricket career simulator. The cricketer who will guide you throughout your career is Murali Vijay. This game is quite old in terms of the new ones emerging in the app stores, but the interface is fascinating.

You will experience playing in different stadiums and cricketing formats such as Big Bash, IPL, world cups, and T-20 leagues. During your career, your performance will help you gather points for upgrading your kit, get sponsorships, and buy assets

This is a paid cricket simulating game app where you will discover exclusive features to enjoy in a match. It is considered one of the best management games in this domain and is chosen only by serious enthusiasts.

More than 6500 cricketers are present in its database. You can add team members, train them for opening, fielding, and bowling to make your team stronger and better. It has other upgraded versions but the fans prefer playing this one.

This is a great simulation game where you will live and play the role of Sachin Tendulkar. Your career will begin at the age of 16 and will continue for 24 years. The interface contains28 lauded shots that Sachin used to knock the toughest bowlers. You can play different tournaments like Asia Cup, Big Bash, World Cup, etc and compete with other online players.

You can sense the popularity of cricket in India from the number of users of all these gaming apps. You can become a team manager and control the performance of your team members or play your favorite cricketer’s role and set his career. So choose a cricket app according to your preferences and enjoy the bliss.

CBSE & NCERT: Are they different?

7 Credible Ways To Protect Yourself Against Cyber Attacks In 2021