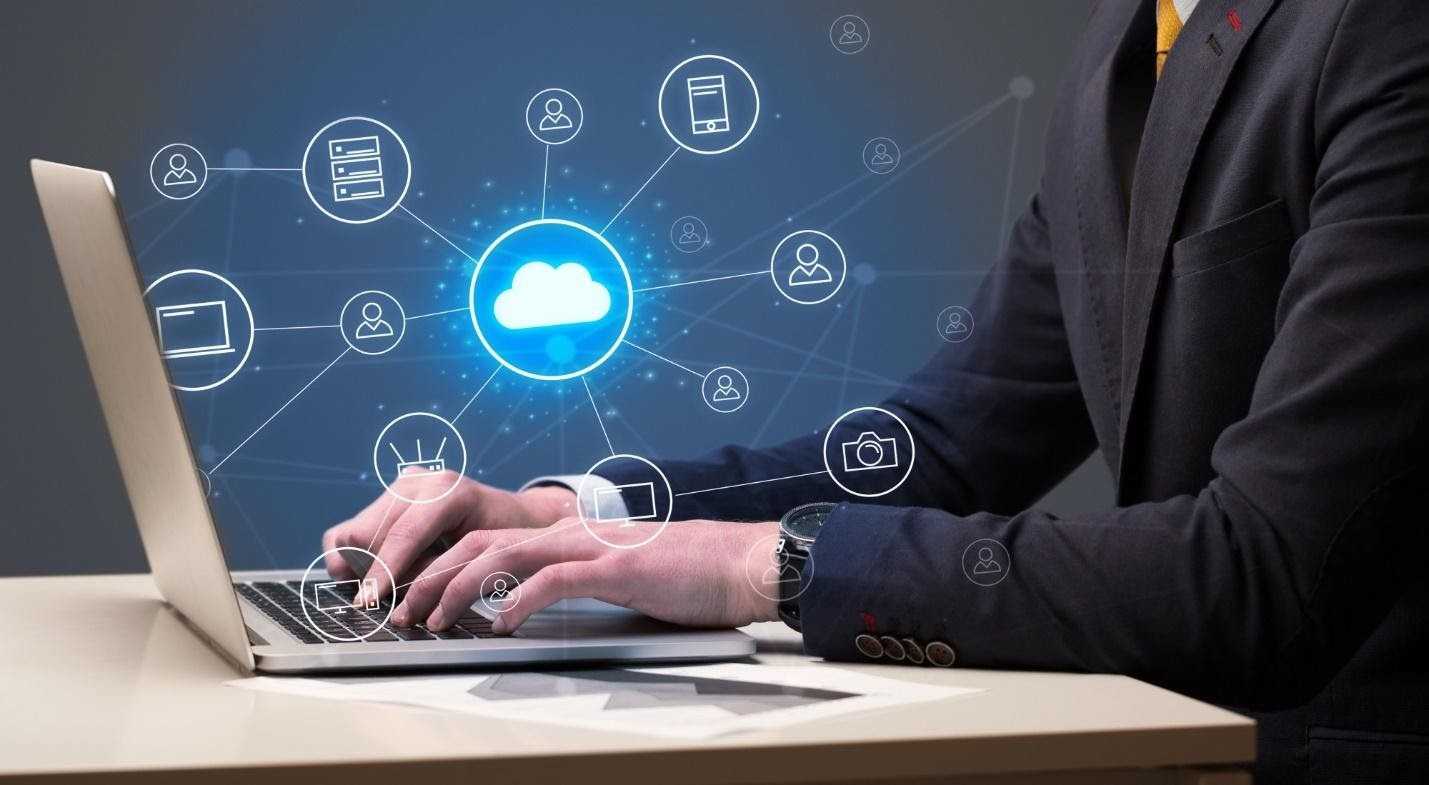 WHICH DELIVERY MODEL IS AN EXAMPLE OF CLOUD COMPUTING?

Cloud computing means on-demand availability of computer system resources, particularly data storage and computational power, and the user does not have to manage them directly. The word refers to data centres that are accessible via the Internet to a large number of people. Functions from central servers are commonly dispersed across numerous locations in today’s large clouds.

Cloud computing has grown as a result of the availability of high-capacity networks, low-cost computers, storage devices, and the widespread adoption of hardware virtualization, service-oriented architecture, and autonomic and utility computing. Cloud providers often operate on a “pay-as-you-go” approach, which might result in unanticipated running costs if managers are unfamiliar with cloud-pricing models.

Though service-oriented architecture advocates “Everything as a Service” (EaaS or XaaS), Cloud Computing providers offer their “services” in a variety of models. Namely Infrastructure as a Service (IaaS), Platform as a Service (PaaS), and Software as a Service (SaaS) being the three standard models according to NIST.

Infrastructure as a Service (IaaS)

Infrastructure as a Service (IaaS) refers to online services that offer high-level APIs for abstracting different low-level features of underlying network infrastructure, such as physical computer resources, location, data partitioning, scaling, security, backup, and so on.

The virtual machines basically run as guests by a hypervisor. Large numbers of virtual machines can be supported by pools of hypervisors within the cloud operating system, as well as the flexibility to scale services up and down based on customer needs.

“Where the consumer is able to deploy and operate arbitrary software, which can include operating systems and applications,” is the NIST definition of cloud computing for IaaS.

Platform as a service (PaaS)

Platform as a Service is defined by the NIST as “the capability provided to the user to deploy consumer-made or acquired applications produced utilising programming languages, libraries, services, and tools supported by the provider into the cloud infrastructure.”

Instead of purchasing and controlling the underlying hardware and software layers, application developers write and operate their programme on a cloud platform. Some PaaS services automatically scale underlying computer and storage resources to match application demand, removing the need for the cloud user to assign resources manually.

Mobile “backend” as a service (MBaaS)

Web app and mobile app developers are given a way to link their applications to cloud storage and cloud computing with Application Programming Interfaces (APIs) exposed to their applications, and custom Software Development Kits (SDKs) in the mobile “backend” as a service model, also known as backend as a service (BaaS).

Function as a Service (FaaS)

Function as a Service (FaaS) is a serverless computing-based remote procedure call that enables the deployment of specific functions in the cloud that run in response to events. FaaS is a subset of the broader phrase serverless computing, however, the concepts are interchangeable.

Software as a Service (SaaS): Delivery Model which is the example of Cloud Computing

Software as a Service (SaaS) is defined by the NIST as follows:

“The capability provided to the consumer is to use the provider’s applications running on a cloud infrastructure. The applications are accessible from various client devices through either a thin client interface, such as a web browser or a program interface.

The consumer does not manage or control the underlying cloud infrastructure including network, servers, operating systems, storage, or even individual application capabilities, with the possible exception of limited user-specific application configuration settings.”

Users obtain access to application software and databases through the SaaS model. The infrastructure and platforms that run the applications are managed by cloud providers. It’s also known as “on-demand software,” and it’s usually sold as a pay-per-use service or as a subscription.

Cloud providers install and run application software in the cloud, and cloud customers access the programme through cloud clients in the SaaS model. The cloud infrastructure and platform on which the application operates are not managed by cloud users. This eliminates the requirement for the cloud user to install and operate the application on their own machines, making maintenance and support easier.

Scalability is a feature of cloud applications that can be achieved by cloning jobs onto many virtual machines at runtime to satisfy changing work demand. Load balancers spread the workload over a group of virtual machines. The cloud user sees only one access point; therefore, this method is visible to them. Cloud applications can be multitenant to accommodate a high number of cloud users, meaning that a single computer can service multiple cloud-user organisations.

Therefore, a Cloud Computing delivery methodology can be thought of as Software as a Service (SaaS) and a PG program in cloud computing can help you master this. It gives the user access to web-based services and is identified as a software distribution paradigm that allows companies to host several applications and give users internet access to them.

Simply described, cloud computing is the supply of computing services over the Internet, including servers, storage, databases, networking, software, analytics, and intelligence, to allow for faster innovation, more flexible resources, and cost savings.

Google Drive is a cloud-based storage service that lets you save files online and access them from any computer, smartphone, or tablet.

Google Cloud, for example, is a collection of public cloud services provided by Google. Google hardware is used for every application development.

The cloud is nothing more than a collection of servers housed in vast, acre-sized facilities and owned by some of the world’s most powerful corporations. This simply means that our information is stored on machines to which we do not have access.

How to Get More Instagram Likes: A Complete Guide